Port Automation with AI based OCR for Adani

Adani Ports and Special Economic Zone Limited (APSEZ) is India's largest private multi-port operator. Their largest cargo port in Asia, at Mundra, handles over 10 terminals and processes 100 millions tonnes of cargo annually. APSEZ knew that in order to improve process efficiency and scale port operations, it would need to introduce machine learning based automation for freight management at the port.

It is vital for the port authorities to capture information on the shipping container such as container number, ISO number, seals, license late of the truck carrying container, any hazardous placards or any damages to the container. The container serial number is also used by shippers, carriers, custom, and consignees to identify the cargo content and track the container flow.

It was essential for APSEZ to capture this information accurately because:

The container serial number is shown in six different positions of the container so that the users can have convenient access to identify the serial number. Currently, the most serial number of the container is identified manually in most container terminals. In another word, it is read by the container inspector without resorting to any automation gadget. Misread number could happen due to the distance, angle, insufficient intensity of light, and poor container position in the yard between the inspector and the container. Reading errors could have also resulted from the inspectors’ oversight. These omissions and mistakes usually occur in lengthy delivery, delays of upto 10 minutes per container and extra expenses. A single mistake can be very costly. APSEZ was looking for a Machine Learning / Computer Vision based solution to automate this process. 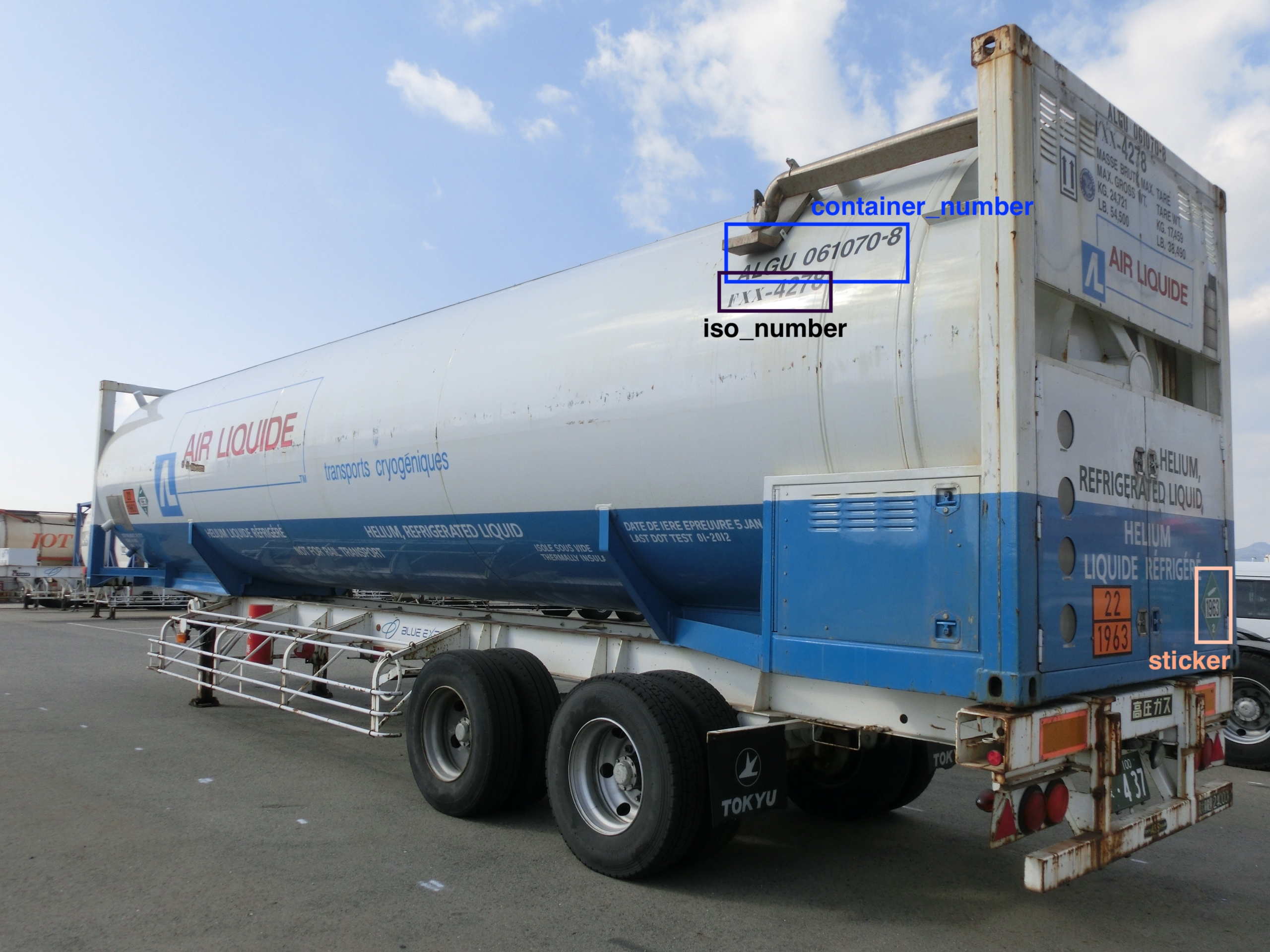 Nanonets automated the capture of container images from CCTV cameras, at multiple angles at their port gates at CT@ to streamline the data collection process. We provided a unique solution to Adani that:

Our solution deployed at the port was a combination of multiple machine learning models working together in real time. Some of the components of the system were:

Productising a computer vision based solution for Adani was fraught with a number of challenges. Our team’s unique expertise in data science, machine learning, deep learning, research, engineering and architecture enabled us to tackle them in the following ways:

The development of advanced container OCR systems is a field where Artificial Intelligence (AI), new technologies such as wireless communications, and traditional image processing can be merged to help achieving higher levels of reliability.

Our AI-based Container Number Recognition System would reduce the need for 45 office workers employed across 15 gates for manual verification and tracking. Additionally, Adani has a real time tracking tool to search and monitor the entry of any container / truck at any of their ports.

Ready to get started?

See Nanonets in action or contact our team of experts to learn how Nanonets can help your business.